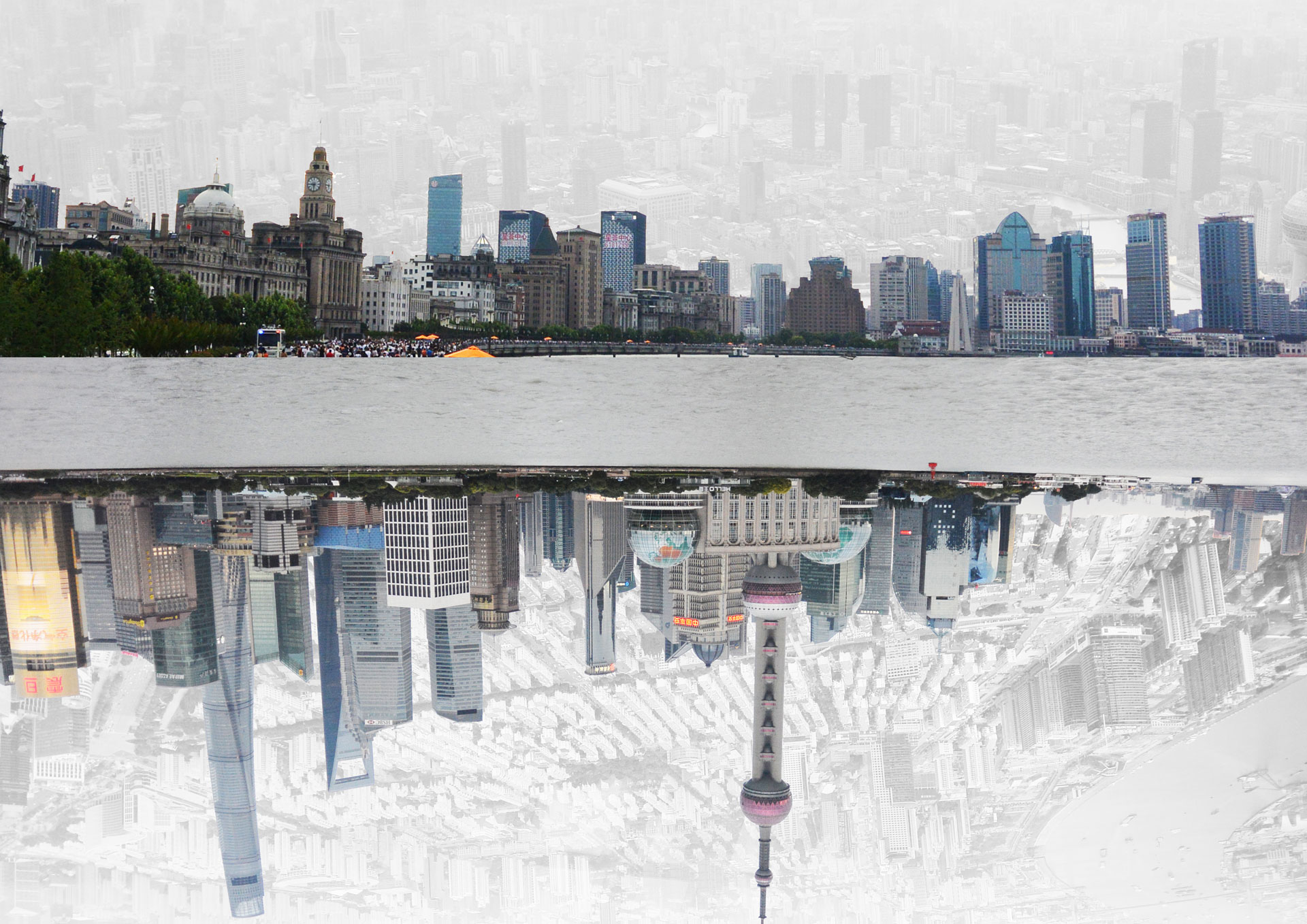 An analysis has been made of Shanghai, complemented by images from my trip to the city. Maps have been made to highlight different aspects of the city:

Shanghai is divided in 16 districts. Eight of these districts are located in Puxi, the older part of Shanghai located on the west bank of
the Huangpu River. This part is also referred to as downtown Shanghai or the city center. There is a significant difference between the older Puxi with its colonial architecture and the relatively new developed Pudong, as can be seen in the first image. The project location is located in the Yangpu district, in North-East Puxi. 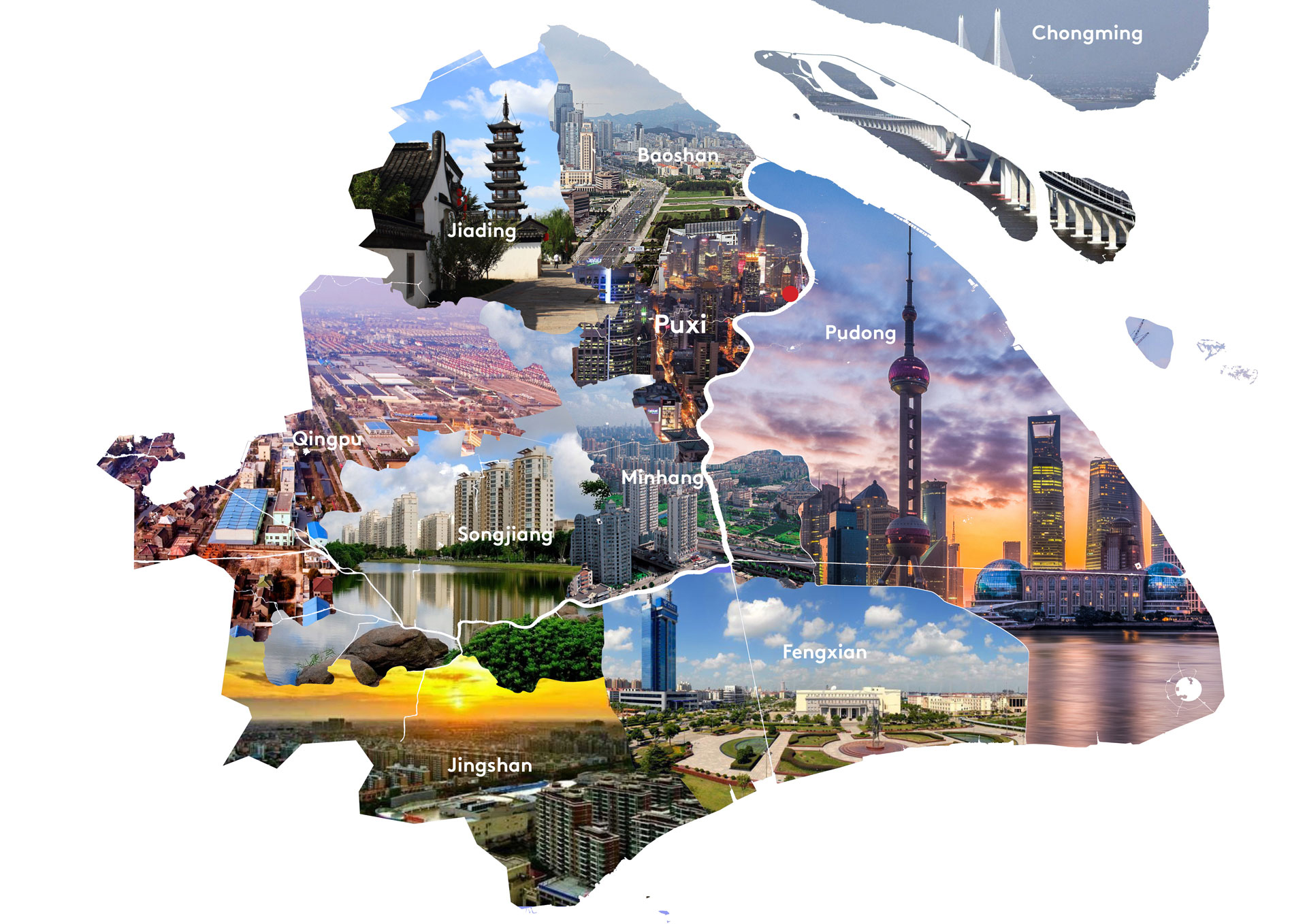 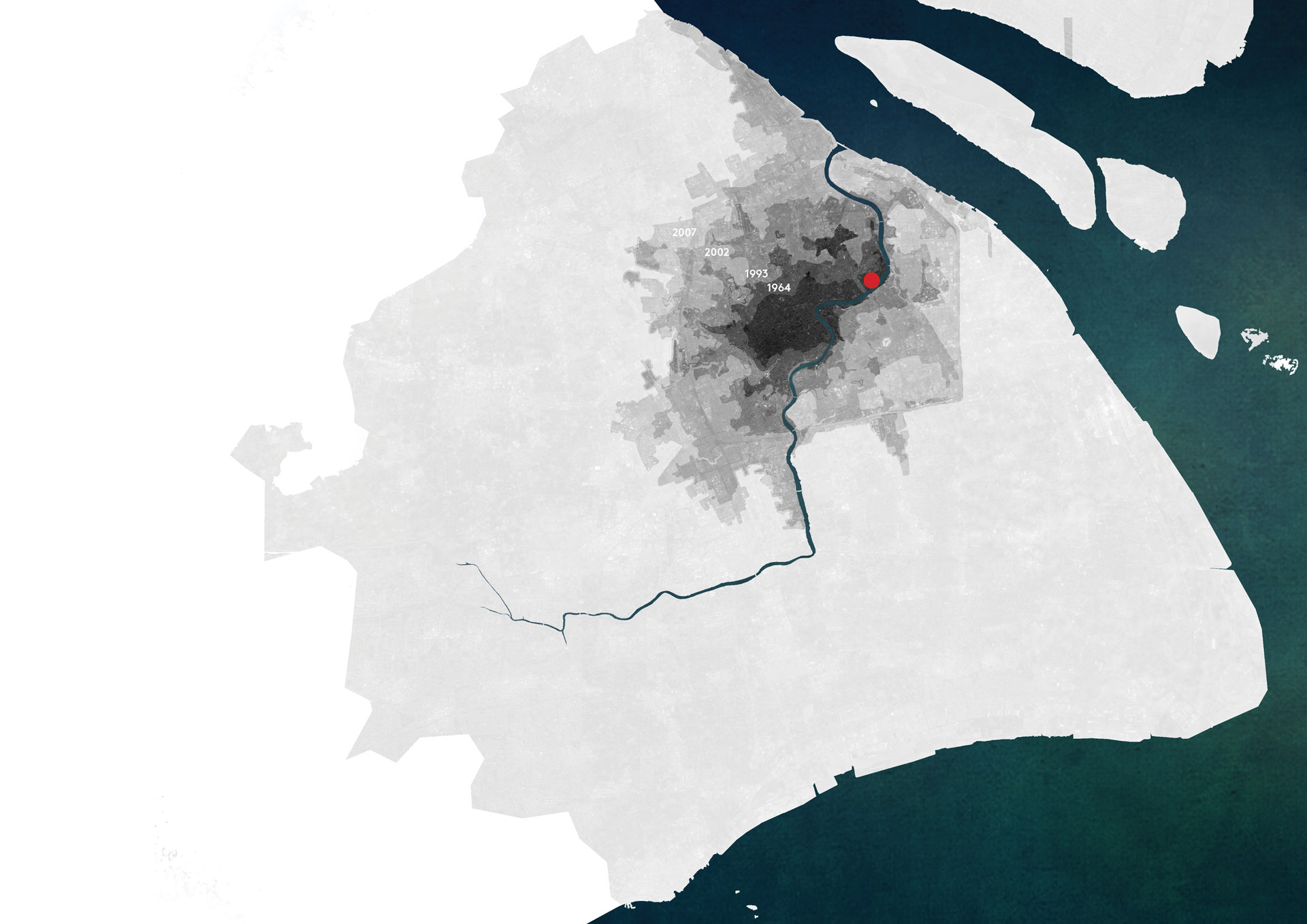 In order to regulate its urban growth and urbanization, Shanghai has been working on its infrastructure ever since and the result is a large network of high-ways. Currently, there are four Ring Roads circling Shanghai.

Besides high-ways, Shanghai also made improvements in their underground transportation network. The first metro-line opened in 1995, and nowadays there are 14 lines in operation which makes Shanghai’s metro system on of the fastest growing systems in the world. Furthermore, Shanghai has two international airports and three transnational railway stations, all located within 40 minutes by car or 90 minutes by public transport from the project location. 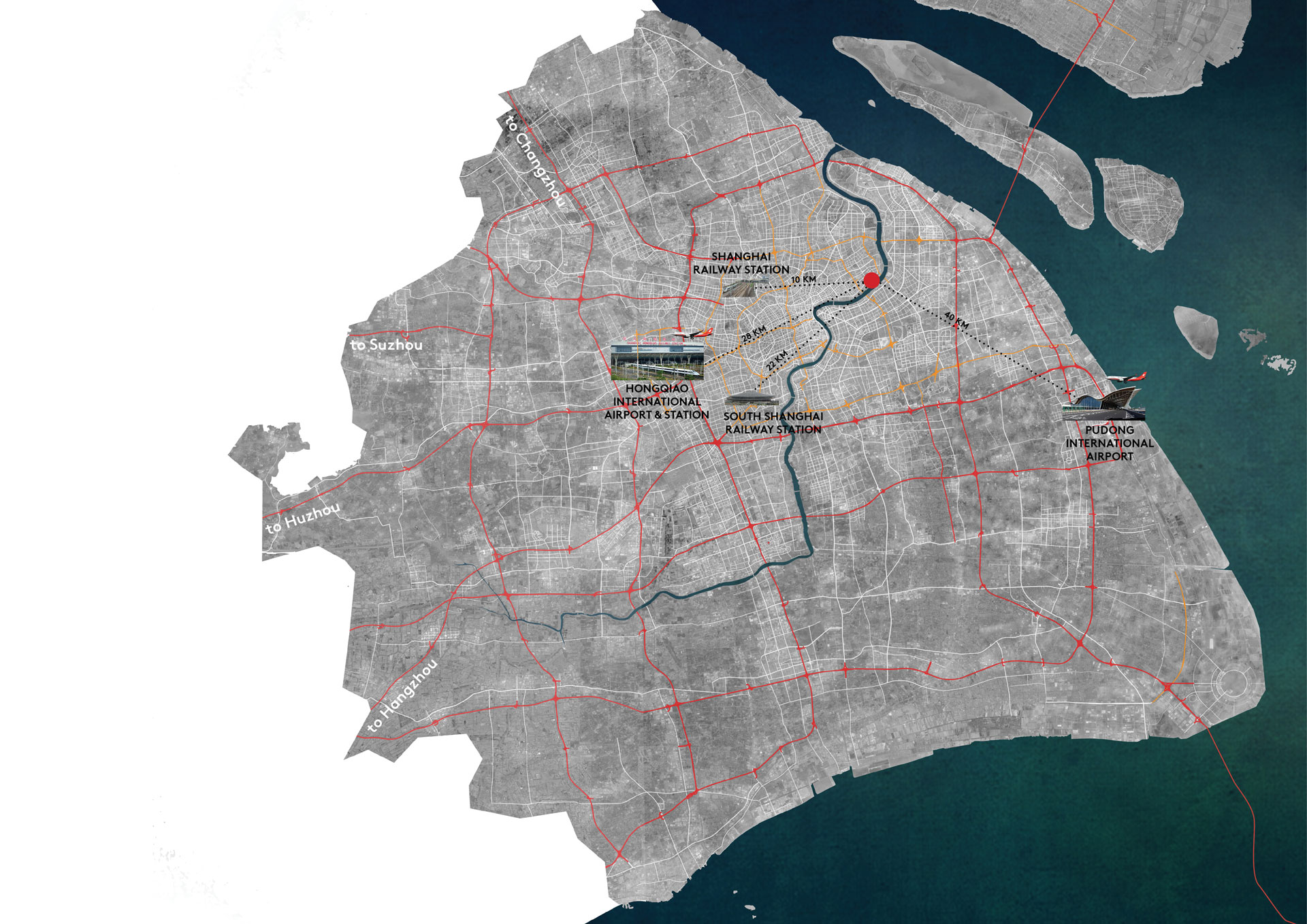 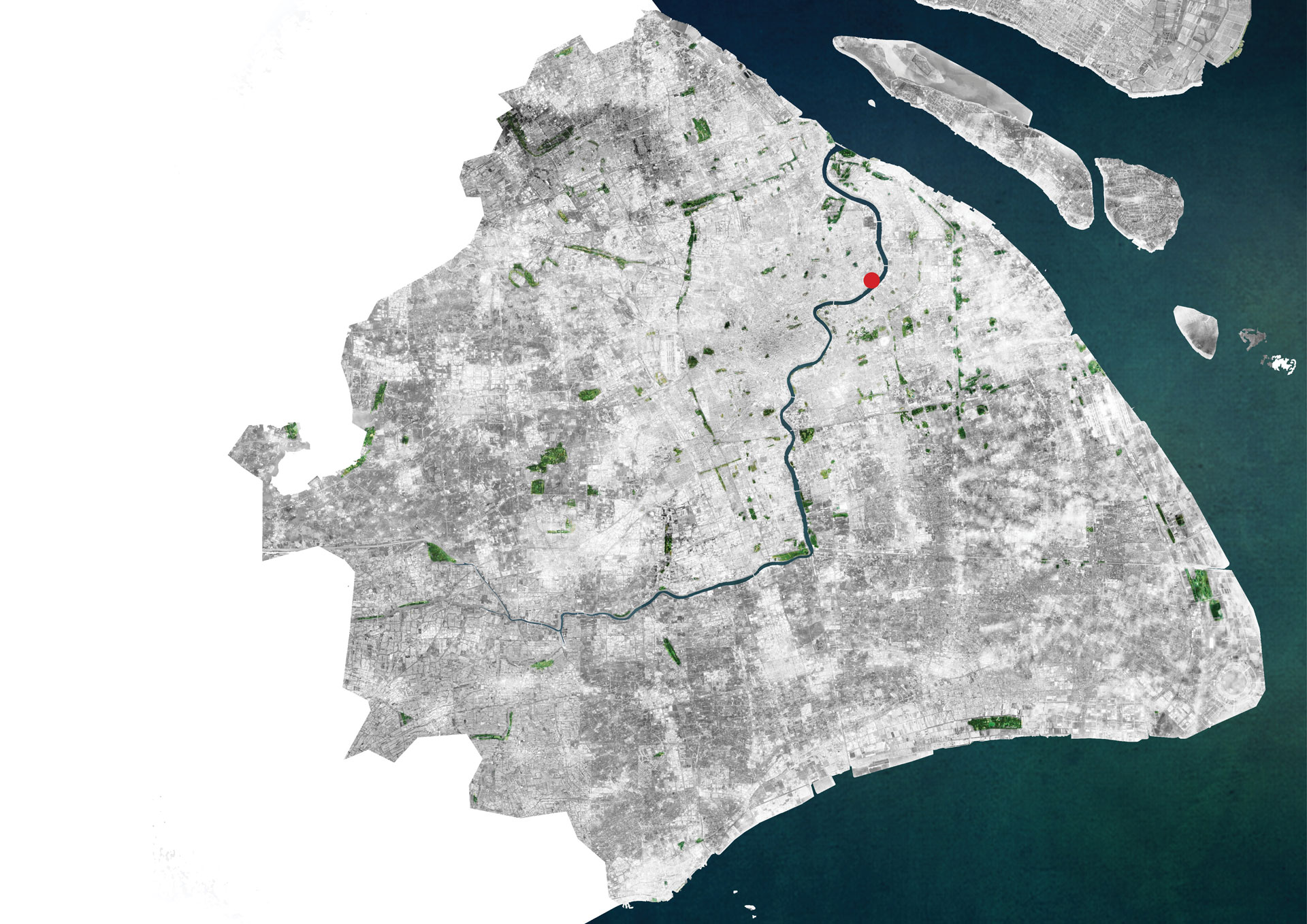