The definition of transformation is the change, both physically and mentally, of condition(s) of all that is reality. In biology, a transformation is a process of cell growth and differentiation applicable on animal species and are in some theories the basis of evolution. In mathematics, there are linear, rotational and many more types of transformations and can be generalized as functions that map input to an output.

In the architecture, a transformation is usually a physical change of an existing building, where both the visual appearance and shape of a building can be altered as the structural properties of the building. Furthermore, an architectural transformation is not only restricted to buildings; a transformation may also be applicable to complete neighborhoods and other large areas.

The scale of such architectural transformation and the object(s) to which it is applicable to is determined by the chain of reactions it is involved with. For example, changing the shape and appearance of a building will often also result in a change of the function of a building. If the impact of an initial transformation is large enough, it can change and gentrify a neighborhood, district or even a whole city. 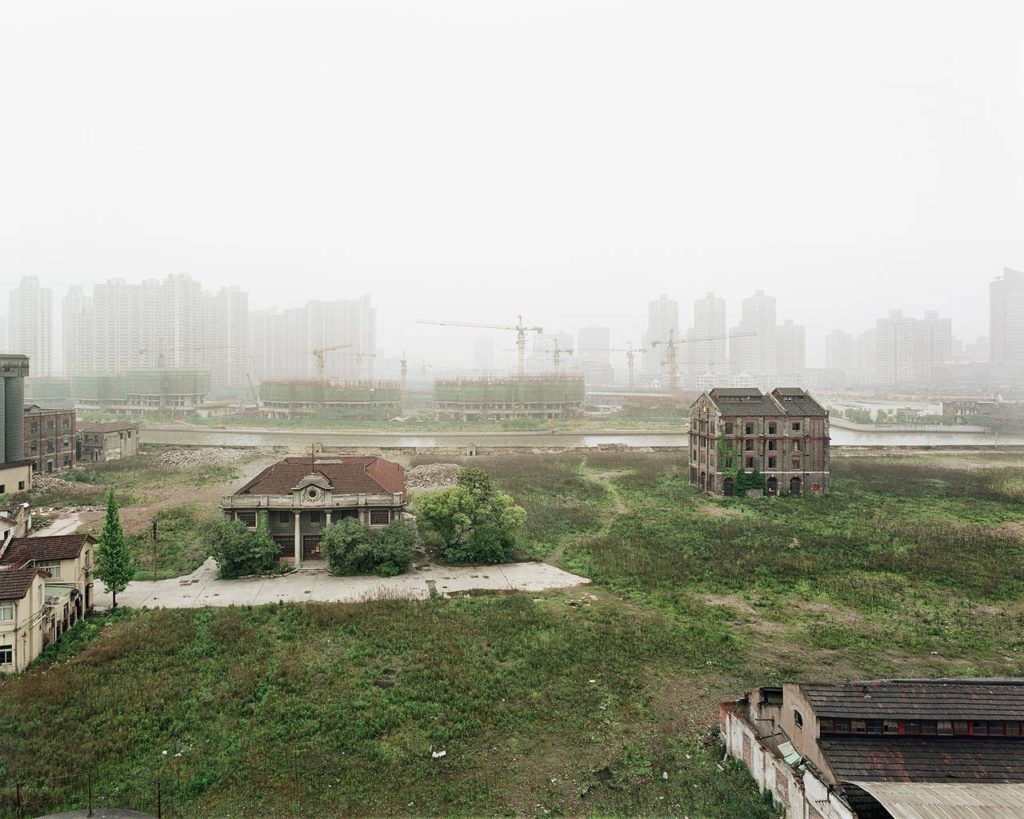 This section will evaluate the full spectrum of Shanghai’s architectural transformations using the different scales of Roders, as briefly discussed in previous section.

After opening the ports of Shanghai for the rest of the world, which was a direct result of the end of the Opium War, the city’s economy gained momentum and realized a fast industrialization. Mainly light industries, such as the textile industry, as well as mechanical manufacturing industries emerged in short amount of time.

This growth continued, until in the late ’90 when many of these plants were shut down due to their relation with the air pollution or because of an adjustment of governments’ plans for the economy. Regardless of the reason of becoming inactive, most of the plants remained abandoned (Han, 2014).

The deprivation of these plants is considered to be a non-intervention, since no actions are taken. Additionally, since nothing is undertaken, buildings are (un)intentionally left vulnerable to their environment, and can therefore be considered as one of the transformation scales.

2 & 3 Transformation by preservation and conservation

The second scale defined by Roders, preservation, represents transformations that document all (architectural) information of a building and prevent the short-term decline. Extending the buildings lifetime more than this short-term, results in one step in the transformation scale called conservation which also represents small repairs to the building to prevent medium to large term decay.
In late ’70’s and early ‘80’s some key architectural achievements representative for the Chinese historical civilization suffered significantly from the economic growth China was going through at that time. This motivated the government to emend the “Relics Protection Law” in 1982, which initiated legislation for the protection of cultural relics and inheriting the historical and cultural legacy of the Chinese nation among other some other measures (Unesco, 2007).

Another measure to prevent decay of important architectural milestones in the Chinese culture was the study performed by the Shanghai Municipal Construction Committee. This committee published in 1989 a comprehensive survey of Shanghai’s cultural relics including a list containing 61 projects that were put on the preservation list in 2007 named “Shanghai’s Outstanding Historical Buildings” (Zhang, 2007).

In 1991 the “Excellent Modern Building Preservation Act” became active, and with the intent to preserve outstanding buildings, what can be seen as the first step made by the regional government in the preservation of the historical build environment (Han, 2014). In 1993, the Yangshupu Power Plant became part of the second group of buildings added to the “Shanghai’s outstanding Historical Building preservation list” (SBPLR, 2009). From that moment onwards, many buildings were added to this list, and currently the list covers no less than 2,138 buildings that will be preserved.

Some buildings on the “Shanghai’s outstanding Historical Building preservation list” are maintained better than others to ensure the continuation of its current function and can therefore be placed in the conservation scale of transformation. However, detailed information regarding the scales of transformations applicable to the buildings on this list are unavailable for the public and therefore not discussed in more detail in this thesis.

Restoration is the most controversial scale of transformation and Voillet-le-Duc (1855) elaborated on this scale as follows: “to restore a building is to establish it to a complete state which even may never have existed at any particular point in time”. Until this statement, restauration usually meant bringing the building back to its original state.

On the other hand, Ruskin (1849) stated “it is impossible, as impossible as to raise the dead, to restore anything that has ever been great or beautiful in architecture”. Using the scales from previous section, the definition for restoration is the restitution and scientific restoration of a building where large scale damages are repaired, and medium scale reparations are performed in harmony with the buildings aesthetics.

This definition of Roders accepts restoration with as outcome as refurbished, and per-se complete original, building. This definition is conform the statement of Voillet-le-Duc, however does not advocate the fundaments of restoration as Ruskin did.

In Shanghai, bot stylistic restoration and scientific restoration or a combination of both is applied on Shanghai’s notable heritage buildings. An example of stylistic restoration is the transformation of the Sinan Mansions located in the heart of the former French Concession. Funded by the Shanghai Municipal Investment department, a design team was able to restore the ancient buildings while respecting its historical aspects which were referred in the original architectural drawings (SMI, 2015).
An example of scientific restoration of a heritage structure in Shanghai is the Waibaidu bridge. This bridge was removed from its original location near the Bund, in order to restore and reinforce the original style of the bridge motivated by construction concerns (Harper, 2009). The Waibaidu bridge is China’s first steel bridge consisting of almost 160,000 rivets and instead of hiring cheap welders, highly professional riveters were hired to restore the bridge in harmony with its aesthetics.
Nonetheless, Chinese government has double standard when it comes to respecting its heritage: after completion of the restoration of the 100 years old bridge, multi-color LED lightning system was installed to “make the bridge look more attractive” (CCTV, 2009).

Due to the rapid development of China’s profit driven economy, it has been hard in the past to find affordable studio spaces for artists. A Taiwanese architect initiated in 1998 the rehabilitation of industrial spaces by converting a deserted grain warehouse into a design studio. This proved that abandoned industrial buildings were an affordable alternative for artists. And in the years after, many other artists started occupying other forgotten industrial places such as M50 and Tianzifang.
These two sites attracted many more artists and became important for the cultural industries present in Shanghai. The government could not deny this success, and started promoting these sites as Shanghai’s new image and as important engine to the economy (Zhong, 2015).

Currently there is a world-wide movement developing cultural and creative metropolises, also-called “creative industry clusters”, and the Shanghai municipal government embraced this term for certain forms of urban quarters which emerged recent years. The government indicates these regions with their own term “chuangyi chanye jijuqu” which can be abbreviated with CCJQs (Zheng, 2014). Before this concept of CCJQs, demolishing the old for new was the regular approach in China for urban redevelopment (Wu, 2007). From 2005 and onwards, the government acknowledged the potential of such spaces and development of these spaces was included in the government’s agenda.

Rebuilding in China, is often done for touristic purposes. In Beijing, the “restoration” work of the Quanmen Pedestrian Street consisted of completely rebuilding the area, using Qing-era architecture, because it was considered being a cheaper alternative compared to preserving the area (Mayer, 2012).

The Yu Gardens in Shanghai is another example of reconstruction performed by the Chinese government at a touristic destination for foreigners (Hearn, 2001). The Yu Garden is not as original as it might seem at first sight; many parts have been rebuild on multiple occasions, for touristic reasons, due to natural disasters. The Japanese occupation followed by the Cultural Revolution also contributed to the artificial level of the garden. During these restorations, the re-constructers transformed the original regional architectural style in new directions according to what they considered appropriate (Hearn, 2001).

Reconstruction can also be applicable for newly built instances, as suggested by Roders. A Shanghainese example is the reconstruction of the waterfront area named the Bund. This area was transformed from car dominated roadway, to a pleasant and pedestrian-friendly boulevard located along the Huangpu River. Existing infrastructure and other services needed to be redesigned for this transformation, all while respecting the existing urban fabric. This project resulted in a successful transformation that currently attracts over 500,000 visitors a day according to statistics made public by the municipality.

The aim of transformations of type demolition is to decrease the significance of the existing building, with often the prospect of building new constructions afterwards.

In China, demolition is mainly real-estate driven approach and is accompanied by large-scale demolition. The government’s aim to improve the quality of life in many underdeveloped residential areas in Shanghai, has resulted in the destruction of thousands of traditional buildings that, although lacking proper sanitation, gave Shanghai its typical character. Instead of being replaced by similar, affordable, housing, the land is used for expressways, high rise buildings and shopping malls. The aim of these high rise structures is to attract high-class groups, which will add more value to the site. As a result, the housing prices and the living costs grow constantly, causing the original residents to move. 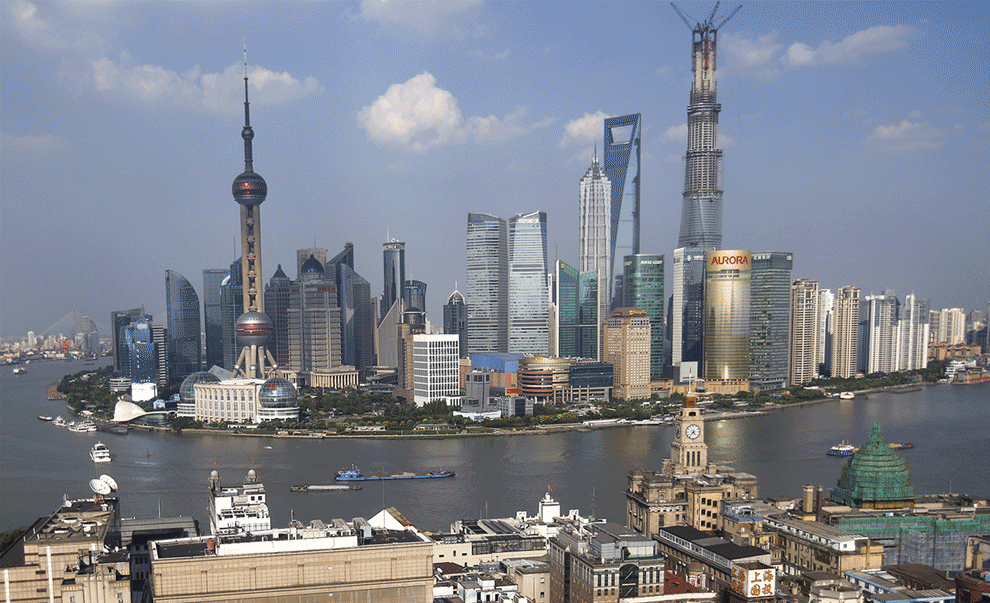 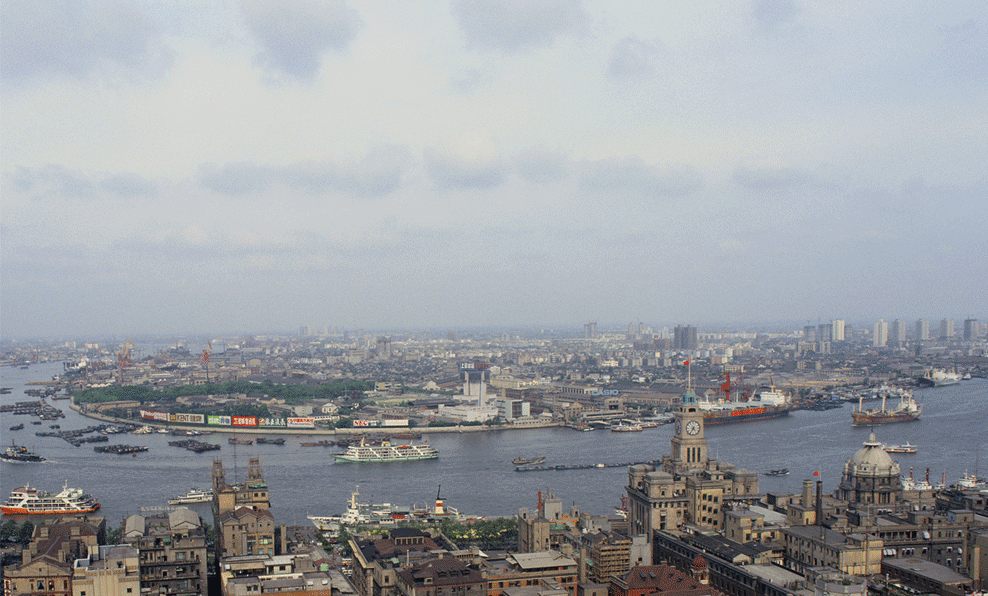 This essay was published in my thesis report:
Dijkink, M. (2017) The Energy Hub: A Transformation of the Yangshupu Power Plant (Thesis project). Eindhoven University of Technology. 12 – 15.